What the pandemic means for climate change 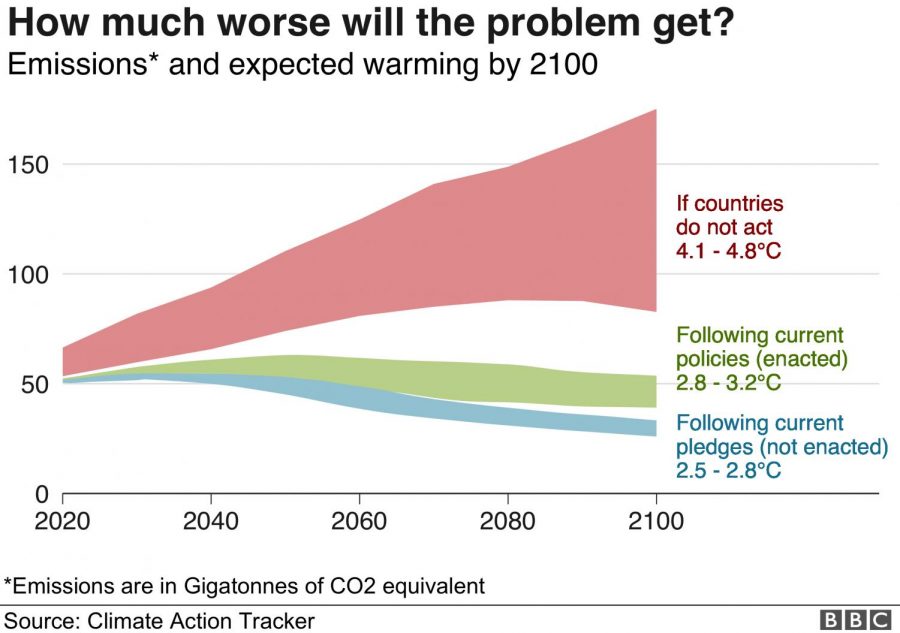 Throughout 2020, there have been many new issues and movements that have pushed formerly popular causes out of the public spotlight. One of the issues that has taken a backseat is climate change.
However, the lifestyle changes due to the COVID-19 pandemic have had an effect on virtually every major issue. With this in mind, a question arises: Could the pandemic actually benefit our natural environment by unintentionally addressing the climate crisis?
Unfortunately, there’s no confident verdict yet. “That’s the hard thing about environmental science, sometimes it takes a long time for us to really see the difference that something is making,” says OPRF Environmental Science teacher Kelsey Kaiser.
Although long-term effects remain unknown, more immediate effects are apparent, such as public transportation use being reduced. Cars, buses, trains, and airplanes are major sources of carbon fuel emissions that get trapped in the atmosphere and reflect more heat. With reduced travel, the level of carbon emissions has also been reduced by 30 percent, which benefits the atmosphere (NASA).
Of course, not everything is improved. A senior who works at a local restaurant, in an anonymous statement (as to not slander their employer), said “Ever since COVID hit, carryout service has increased dramatically, due to both people’s fears of dining out as well as government restrictions. We are using more silverware, plastic wrap, plastic bags, and styrofoam to support the carryout and to implement safety precautions. Every item must be wrapped individually if they’re being delivered. Additionally, often people cancel their orders after they’re already made. We throw away tons of food at the end of every shift.”
With many of these lifestyle changes, it is helpful to understand how drastic the changes are to our environment. Earth Overshoot Day, an informal annual holiday to show when humans have exhausted nature’s budget for the year (determined by comparing used resources vs. resources the Earth can replenish independently), can be a helpful tool.
“In an ideal world, we would have Earth Overshoot Day be Dec. 31, and we would have used all the resources that were allocated by the end of the year. It’s never that late, it’s actually much earlier, usually in about July,” said Kaiser. However, this year it moved back to Aug. 22.
What is one thing that can be done to help the environment? Kaiser said, “If we could both bring down the CO2 that is already up there, and get people to change their mindset about the behaviors that they have which are contributing to the additional CO2… I don’t think it’s enough to just take some CO2 out of the atmosphere because people would keep putting it up there, not changing their behaviors and making climate change come back.”
Another route to environmental aid is through food choices. OPRF chemistry teacher Amy McGrail said “One big thing that I’ve been trying to do is paying attention to my food choices and the food waste that our family produces. There is a really large amount of food waste that ends up in landfills and as that food waste decomposes it actually produces a lot of greenhouse gases that could otherwise be avoided…Thinking about food waste is sometimes easier for people than food choice, like deciding to not eat meat or trying to eat from certain places. Sometimes this is more difficult for students just because you don’t always have a choice of what is going to be offered on the table.”
One of the biggest impacts of all lies with the younger generations, especially students. We should be “trying to teach deliberately about the climate and about taking care of the Earth more in elementary school,” Kaiser said. “If there was a way for more teachers at the younger grades to be using climate change and taking care of the environment and all those kinds of themes in their classes as much as possible, it would make a change in terms of how people think about the Earth and how we have to take care of it. If we start those conversations with younger people and then we continue them in middle school and in high school, by the time they become adults that’s gonna be a part of who they are.” 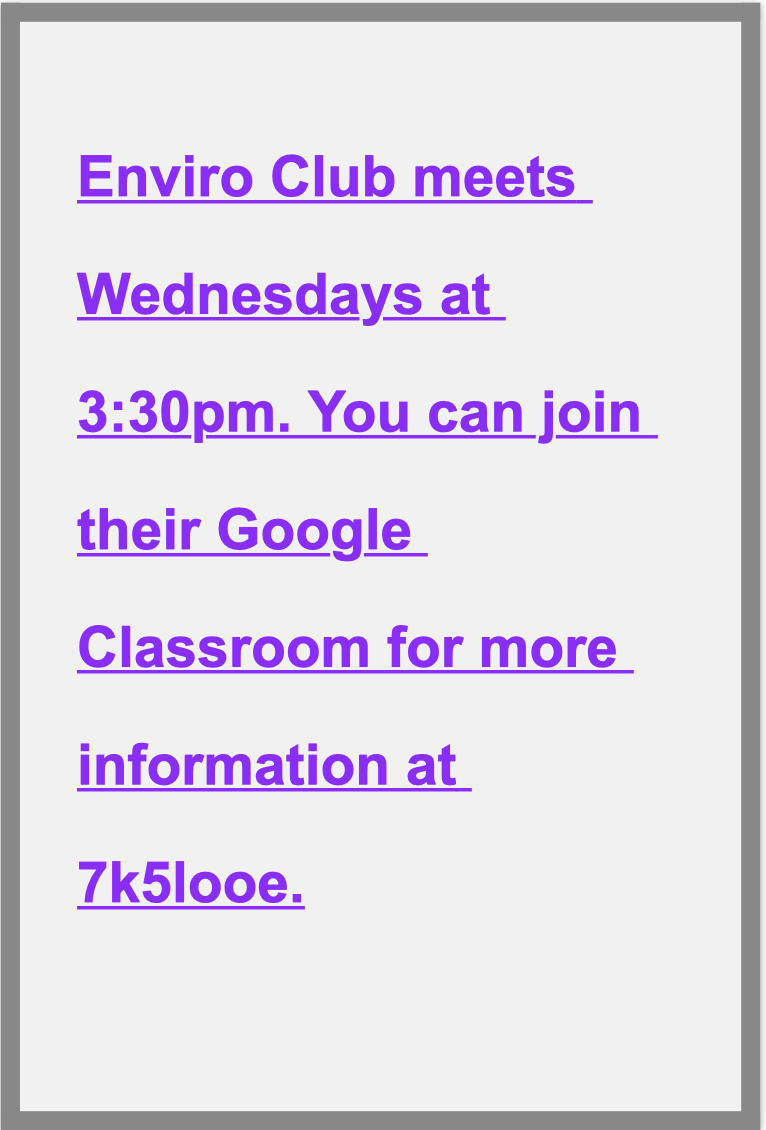 McGrail said, “I think what’s really important is for students to think about what’s happening but also relate it to what their passions are.”

As McGrail said, “Things that can be good for the environment can also be really good for your health.” OPRF junior Charles Roeger has tips on what Oak Park youth can do to make an impact on climate change locally. “So many people don’t know how to get involved on a local level, and that’s why I think this is so important… I think so often climate change seems like such a global issue to people that it’s so hard to feel like as an individual you can really make a difference. One of the things we can do is to get involved in local groups like It’s Our Future, or OPRF Sunrise, or OPRF’s Environmental Club.”