PCP: Should we unfriend our political opponents? 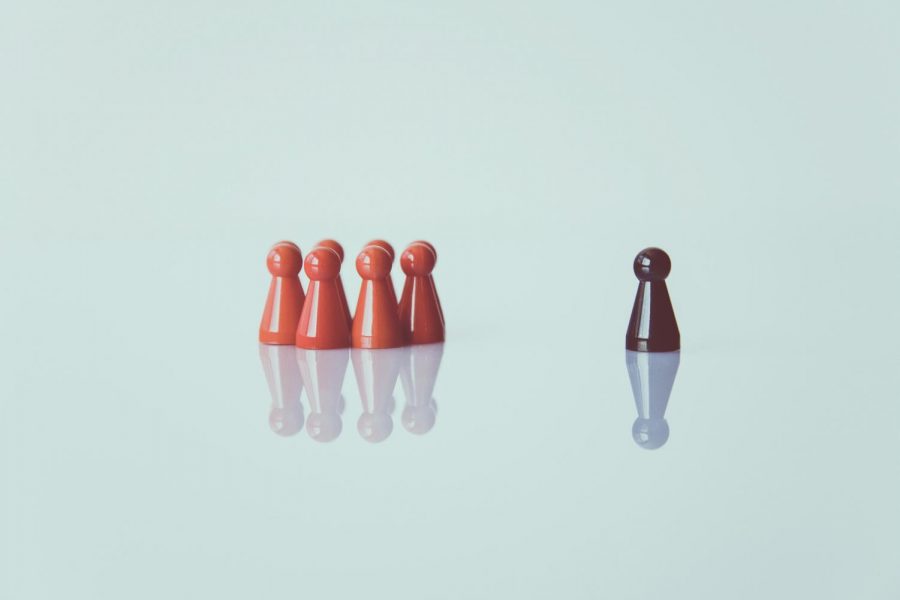 Pro – Camille
“If you’re a Trump supporter, unfollow me,” I typed. I mulled the draft over. Would my Trump-supporting acquaintances actually unfollow me? Probably not. (They’d stayed for the past few months of anti-Trump posting, so this wouldn’t be news to them.) And I was right–none of the three hundred or so people who saw it unfollowed me. But it served a more specific purpose: Signaling that their ideology was unacceptable.
Luke argues that I am making a fatal assumption. He says, essentially, by judging their motives, I’m opening myself up to error. He argues that I don’t know why someone supports Trump, therefore ascribing an “evil” motive to them is wrong.
Unfortunately, this argument erases the fact that supporting Trump is a continual act. To support Trump while following my social media is to say, every day: I condone Trump’s presidency—I see the harm he is causing, but it is not a dealbreaker to me, a proud Trump supporter. This malice or, hopefully, willful ignorance is wrong.
The act of categorizing someone as “good” or “evil” is frankly useless semantics. My colleague has falsely equated the judgement of intentions to the judgement of someone’s morality; that a good intention creates a good person, and vice versa.
I will slightly complicate this. I think to act in an “evil” way is not necessarily to have an “evil” intent. Rather, an evil action is precipitated by the act of someone choosing not to avoid causing harm. Therefore, the following actions are evil despite their good, or neutral, intents: a driver stopping for a deer to feel charitable, despite knowing there is a car behind that will rear-end them; an adult man cat-calling a teenage girl with compliments, despite knowing she could possibly be made uncomfortable; and the woman feeding her dog pizza for his pleasure, despite knowing it gives him painful diarrhea.
Social media is not the place for academic discourse. Ideas should be evaluated in the company of other people with an interest in mitigating harm. Through that discourse, we all stand to benefit. But the normalization of harmful ideology does not promote meaningful criticism of that ideology. Even though the social norm among teenagers on Instagram is to label Trump-supporting as a harmful action, discussions of Trump’s actions can occur in the classroom that give a voice to both sides.
Trump does bad things. If you actively condone him doing bad things, please unfollow my social media. I do not want to spend time with you.

Con – Luke
In early November, many OPRF students posted a recurring message on social media. The posts would follow along the lines of, “If you are a Trump supporter or Republican, we can’t be friends.”
While talking to various students, they seemed split on the issue of these posts and their implications. Those in favor of the posts would often say things such as, “Donald Trump is a racist, therefore, being a Trump supporter means you support racism,” or, “By supporting Trump you are supporting someone who doesn’t believe in human rights. I don’t want to have to explain human rights to people.”
There is an idea in philosophy known as epistemic humility. It’s the recognition that knowledge of the world is always interpreted, structured, and filtered by the observer, and pronouncements must be built on the recognition of the observer’s inability to grasp the world in itself. In short, you could be wrong.
So what happens if you are wrong? Well first off, you lost a perfectly good friend. Second, you missed out on knowledge and perspective that person could have taught you. Third, it doesn’t reflect well on your character to be someone who prefers alienating your political opponents as opposed to engaging with them and trying to expand upon your own knowledge of the world.
You can believe your political opponents may have malicious motives. Or their worldview may lead to all of these disastrous consequences. But you must be willing to accept the possibility you are wrong. And if you are wrong, isolating yourself from people you disagree with is one of the worst things you could do. Rather, you could gather knowledge, engage with the other side (or don’t, just don’t alienate them), and pursue truth with the wisdom that you may be wrong.
The argument for “unfriending” your political opponents likely relies on the assumption of malice in the other person.
This assumption doesn’t make much sense. How many actions do you take every day because of malicious motives?
Probably none. So why would you think that anyone else is any different?
I’m pretty confident in saying there are very few malicious people on the planet. The vast majority have some sort of moral compass motivating them to take actions that they believe will lead to some good. While nihilists are out there, this rule reigns true in almost all circumstances. The belief your political opponents are malicious isn’t rooted in an understanding of human nature or human thoughts.
Most of the time, evil people don’t intend to do evil things. They are usually so caught up in doing what they believe to be good that they toss out the rulebook and are willing to do anything to achieve their ends.
Free expression should look a lot like a marketplace.
A wide variety of ideas should be allowed to have their day in the sun, with free and transparent discourse.
If the public finds them worthy of consideration, those ideas move on to be accepted by larger segments of the population.
Without this marketplace of ideas, humanity will never get closer to the truth, and our knowledge as a species will stagnate.
Finally, if your goal is to get people to have more liberal views, this is a faulty strategy.
Out of my close conservative friends, two became conservatives for this exact reason. The intolerance for opposing viewpoints prevalent in places like Oak Park may make the less politically progressive feel alienated, or targeted, and when you are a target, you learn to fight back. So of course it isn’t effective, I’ve seen it firsthand.
So before you “unfriend” your peers, it might be worth noting that the person who is closer to the truth is never the one that rejects it’s pursuit or lacks the humility to recognize that they have not yet reached it.