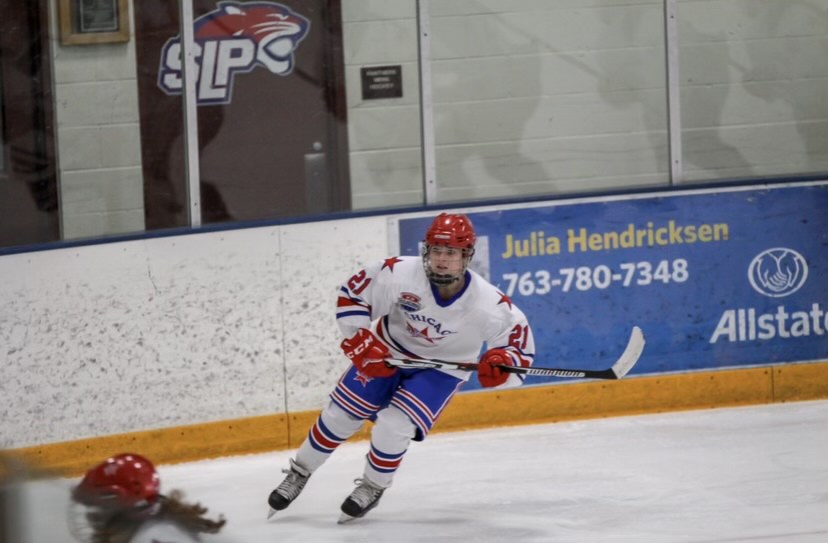 During this turbulent and stressful year, athletic events were hit hard. Games and seasons of various sports were canceled, and many athletes were robbed of their season. With the cancellation of athletics comes many long-term effects, including the possibility of making college commitments. With the closing of many in-person events, many college tours ended up being canceled or shut down. This could cause trouble for athletes trying to find the right college to commit to.

Sarah Katz, a senior pole vaulter, has been pole vaulting for four years Katz said she loves pole vaulting because it’s a thrill. Katz said, “It’s a thrill. who doesn’t want to go 10 feet down and free fall on a mat.” She officially committed to the Coast Guard Academy in November of her junior year. The pandemic has certainly affected Katz’s sport and school work in many ways. During the initial quarantine, all of her pole vaulting facilities were shut down. “I was stripped of everything I had for my sport; I had nothing. I didn’t have access to a bench or a way to get stronger at my house. Gyms were closed and the pole vault clubs were closed and the schools were closed. When the club opened back up nothing felt right.”
Even once the facilities opened back up, Katz’s struggles continued. “Trying to get back into the swing of things when the club opened back up, nothing felt right,” Katz said.

Although the pandemic greatly affected Katz’s ability to perform athletically, her commitment to the Coast Guard Academy remains solid. Katz attributes her success in committing to her forethought. “I started reaching out to coaches at the end of my sophomore year, and beginning of the junior year,” Katz said. Although Covid has impacted Katz’s ability to pole vault, her commitment remains. Katz also receives large amounts of support from her parents, specifically her father who she respects greatly. Katz said, “I remember beating my personal record for the first time last year during my junior season and my dad was in the stands taking a video doing this (thumbs up gesture) and I was so happy.”

While she is excited to pole vault at the coast guard academy, Katz has no plans to pursue pole-vaulting after college. Instead, she wants to go into medicine and join the military. She said both passions stem from her love of helping others and serving the community.

Another OPRF athlete, hockey player, Hannah Metric recently committed to Saint Olaf College. Metric has been playing hockey since she was 5 years old, and she has been skating since she was 2. She is also a defender for the Chicago Young Americans, a D1 hockey league. Her father is from Canada, and skating has been a part of her life for as long as she can remember. She also remembered seeing her older brother play. She said, “My earliest memories are at the rink.”
She enjoys playing Hockey for the “Chicago Young Americans because “I really like the friends I’ve met through Hockey, and also (enjoys) having something other than school.” Metric said “My favorite part (of playing hockey) I would say would be showing up to a game and totally knowing my team is ready and we are going to do well, and everybody is excited to be there.”

Metric’s biggest supporters are her parents. “They will honestly do anything to make me get better at Hockey,” which she appreciates. Her parents have purchased her gear and a gym membership, as well as lessons with a personal trainer and skills coach. Metric’s long-term goal is to play a significant role on her college team. “I want to make a big impact as a freshman; it’s definitely a goal of mine to be a huge impact player for my first year of college.”

When the quarantine initially hit Metric was forced to take a month and a half break from hockey. “It was really weird at first when we took a break, in the beginning, that’s the longest I have gone without skating since I can remember. Getting back on the ice at first felt really odd to me and it felt weird.” As for Metric’s commitment and college search. “Covid definitely affected my college search. to begin with, last year during spring break I was trying to go look for colleges but that couldn’t happen because Covid was shutting everything down.”

Metric still found a solid commitment at Saint Olaf. Metric does not plan to pursue her athletic career competitively after college, however “After college, I want to continue playing, but just for fun.”