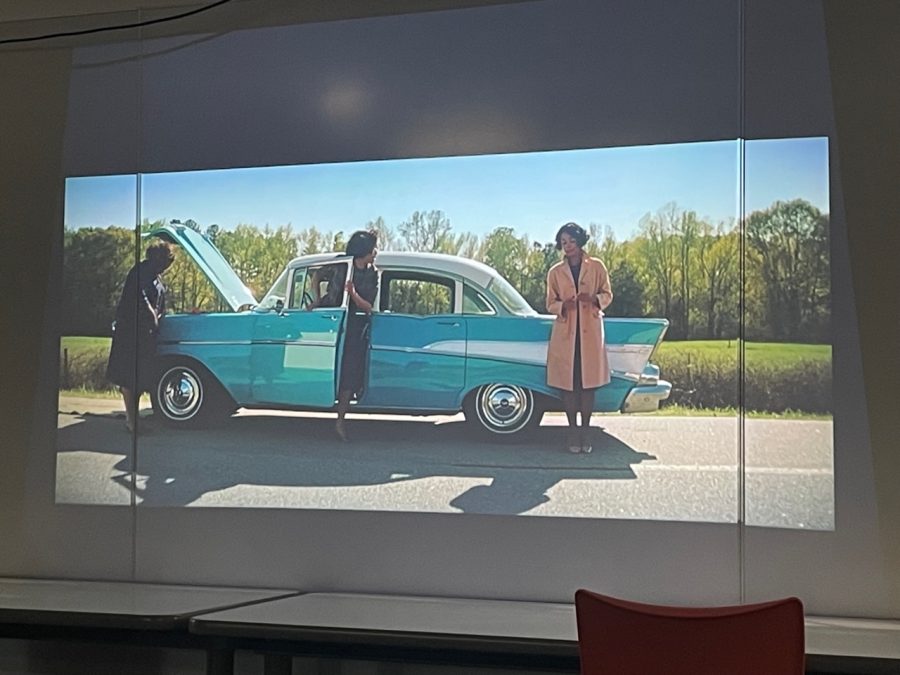 "Hidden Figures" is shown as part of the festival

To foster greater education of Black history, security guard Roberto Tucker hosted a film festival for Black History month. The festival took place on Feb. 15 and Feb. 23 in the newly renovated cinema room in the Library.

Started in February 2020, the film festival provides an opportunity for students to expand their knowledge of Black history. The films highlight important figures in Black history and provides more information on significant figures in American history.

Attendees of the festival watched “42,” a film about Jackie Robinson, the first Black baseball player to enter the major leagues. The second film shown was “Hidden Figures,” which honors three influential women working at NASA in the 1960’s.

“African-American history can’t be denied when it comes to the foundation of America.”

The students who attended were distributed pamphlets giving information and backstory of these historical figures. The films are a stepping stone to further education, and students are also “given information where they can … get more information on the lives of these people,” Tucker says.

It’s essential to honor influential Black people because “African-American history is one of those things that can’t be denied when it comes to the foundation of America,” he says.

Freshman and member of the OPRF Black Leader’s Union (BLU) Hudson Davis said he believes the festival is important “for allies to support Black history and Black people.”

Tucker said he urged all students to attend. “Come to learn. Learning on every level and aspect is very important to any kid of any race, any color, any creed,” he says.

Freshman and BLU member Riley Bazillion says films such as those shown at the festival are essential because they “show people what it was like to be Black (in the past). Or what it’s like to be Black now. Or just celebrating Black culture (and) Black people as a whole.”

In the future, Tucker hopes to expand outside of Black history and host events where all different histories can be displayed. “I think that’s important because it wasn’t just African Americans or white Americans that built America. It was other cultures that helped to make America great (and) into what it is today,” Tucker said.